Farm photos- pictures instead of words!! 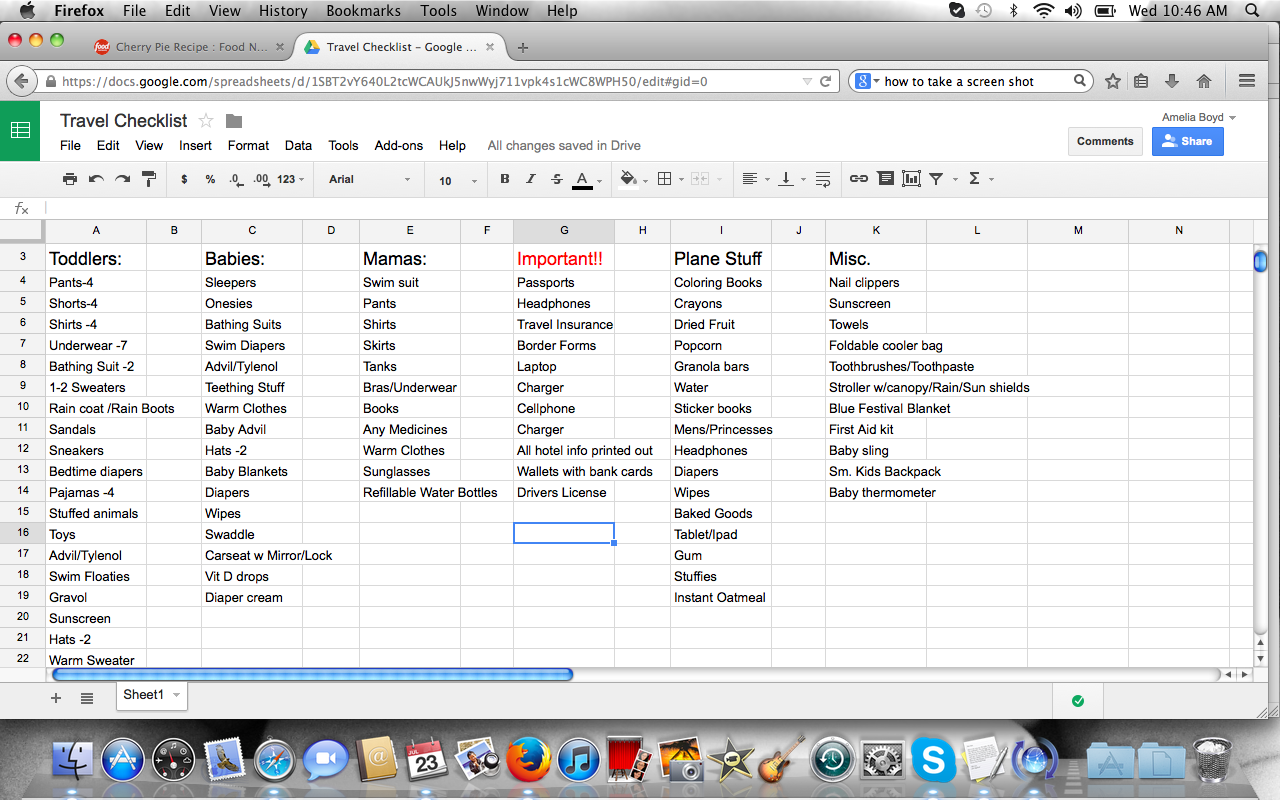 This is what life looks like right now; lists and spreadsheets and emails outlining travel plans.  Robyn and I and our four children set off for Calgary in a week and the amount of preparation is mind boggling.

You can tell this is a list written by mamas because we had to include bras and underwear so we wouldn't forget them.

Wish us luck.
A

Kudos to all the Single Mamas Out There 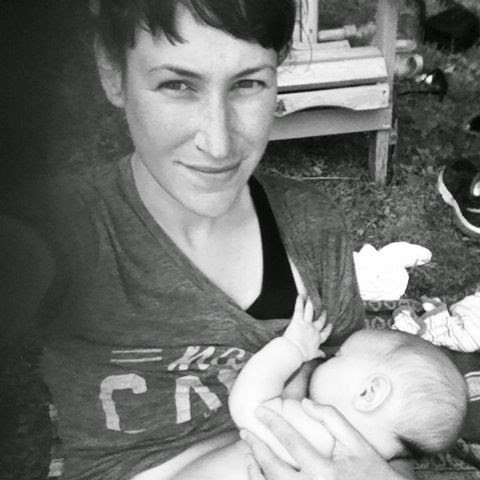 So Simon has officially been gone for two weeks today, we have another 11 days until our family is glued back together in Canmore, Alberta.  Some days seem to fly by and I forget that I'm single parenting a three year old and a 5 month old, while other days drag on and I watch the clock waiting for bed time. These days I feel as though I'll scream.  Loneliness lingers throughout the day but catches up with me at night when I realize how much I miss my partner but also just how much I'm missing.

I have to admit though, I have it much easier than most single moms because:

a) I have a good partner

b) I have an incredible community of friends and family.  Like, an unbelievable community. Grandmas/grandpas, aunts and uncles, cousins and friends who soften the blow.

I wonder though, if all moms of young kids are going through this feeling of single parenting.  We're all sorta sitting on the sidelines of our partners careers waiting for our time, even if we do go back to work, we still prioritize family first.  I am doing this and not begrudgingly, don't get me wrong.  I love my kids, they're a total pain in the ass, but I love them.  Sometimes though I can't help but feel like everything in my life is stalled and learning to live with this can be a challenge, especially when your partners life is evolving and expanding and becoming something amazing, albeit, without you.

Learning to accept and love the space that I'm in right now has been my greatest challenge but I wonder if, when my children are grown, i'll look back and yearn for these days again, for the simple pleasures that make all the parenting hardships worth it.  I'm pretty sure I will.

A lot of love to all the struggling mamas out there.
xA
Posted by Harvest Kitchen Sisters at 3:39 PM No comments: 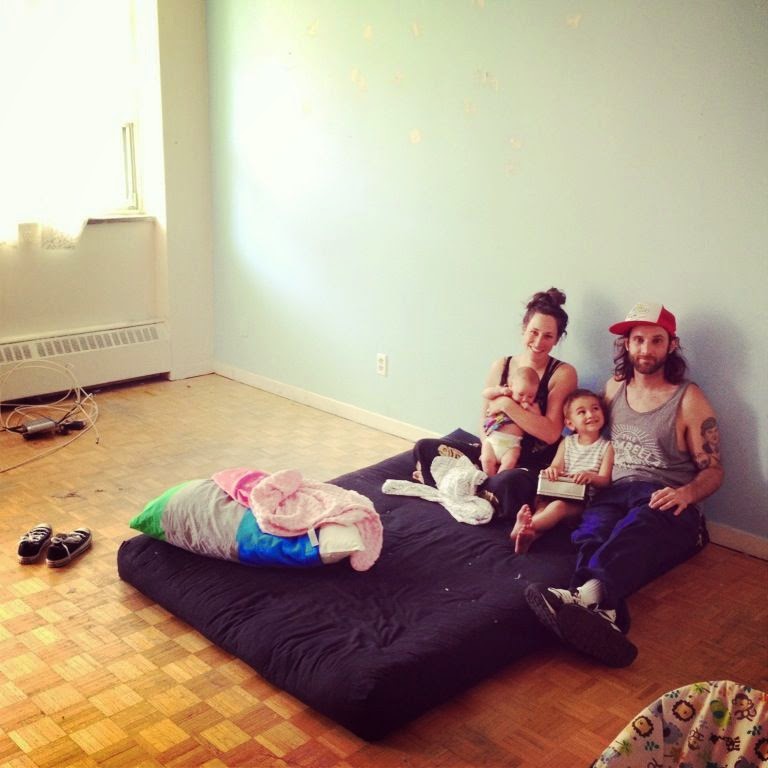 I realize how quiet it's been on the blogging front; slacking is an understatement.  Our family has been experiencing major changes; a new baby, a new juno, a wild tour schedule, a new home(s).  We've left Toronto and our little 1 bedroom apartment, that treated us quite well for the past 5 years, put our life in storage and moved in to the family farm house.

To say that our kid's quality of life has gotten better is an understatement; it has surged and gone off the charts.  Theo now spends his days with his cousins, playing outside until dusk when the bugs are nibbling at his ear lobes and his feet are coated in a fine layer of dirt and Frankie is surrounded by the chattering of little voices and an endless supply of arms to cuddle her.

For about a thousand reasons.

1. We have family that loves us enough to put up with us invading their space like a bull in a china shop.

2.  We have family that bends over backwards to love our kids, one example being this past weekend. Simon's fam took Theo to a cottage for the entire weekend and cared for him and loved him and played with him so that us parents (+ Frankie) could get away and be together and listen to music and drink beer and pretend for just a minute, that we were 20 again...

3. Simon has an amazingly awesome festival schedule coming up that includes Yellowknife, Salmon Arm and Fernie, to name a few and that we get to go with!! The whole fam will be out on the west coast for the month of August.  It will be crazy and there will be meltdowns and temper tantrums and when we get back, we'll likely need a vacation to recover but it will be the thing that memories are made of.  I mean, how often do you get to tour the country with your dad's folk band?

So keep checking in cause this summer is gonna be a good one.
x

Posted by Harvest Kitchen Sisters at 11:52 AM 2 comments:

The Birth of Frances Pearl 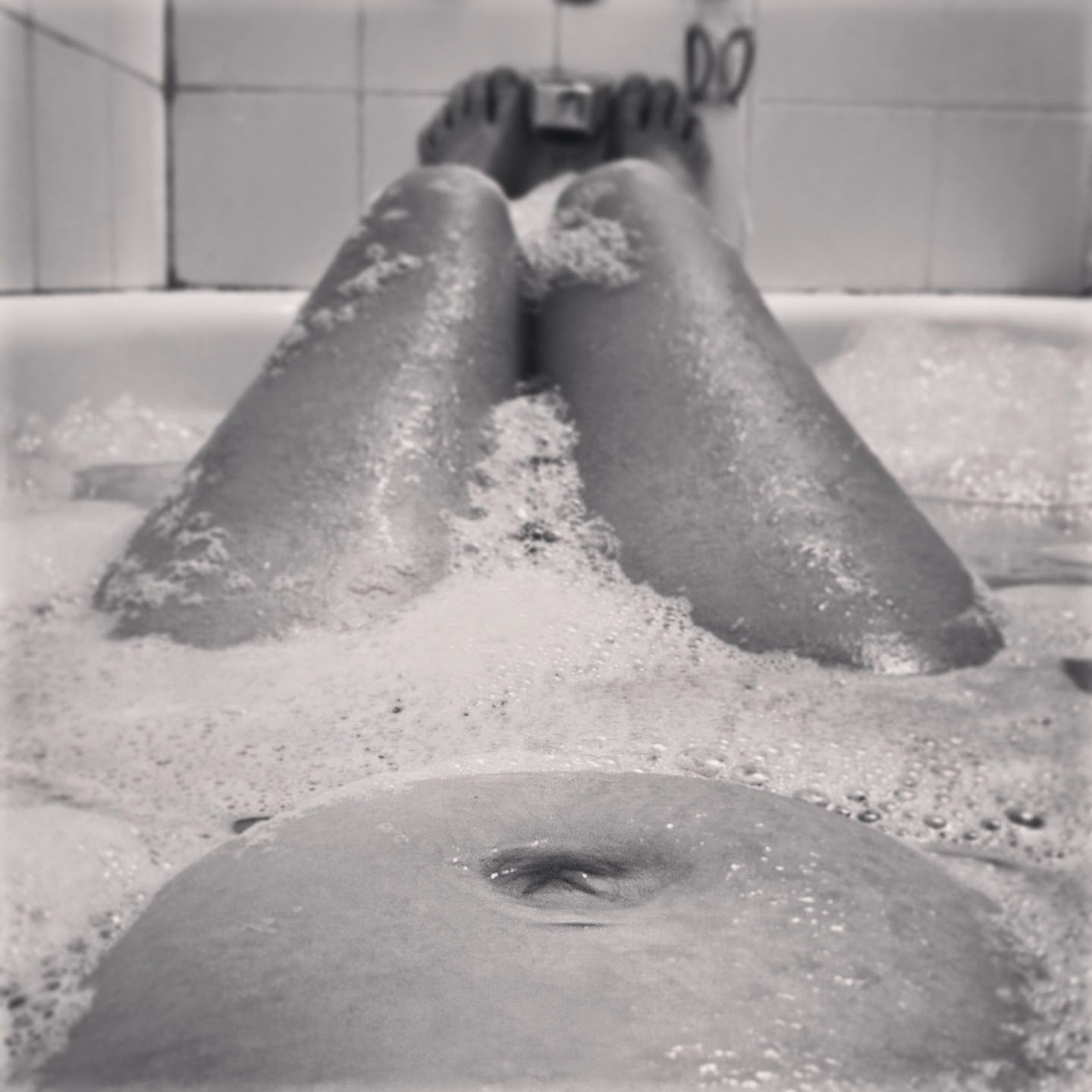 On Monday March 3, a cool week before her due date, we welcomed our freshest little one, Frances Pearl.  Right here at home in bed just the same as we did with her little bro just three years earlier.  I'll be honest, Frances was a complete surprise baby, I actually found out that I was pregnant while on tour with Simon in Vancouver, talk about a vacation bummer.  Frances' pregnancy was much harder, having a busy two year old and a hectic tour schedule made for lots of tears and tantrums; me and not Theo.  Nevertheless, we managed and at 9:30 am, after about 8 hours of labor and to a room full of women Frances was born, screaming and mad as hell, feisty like her mom already. 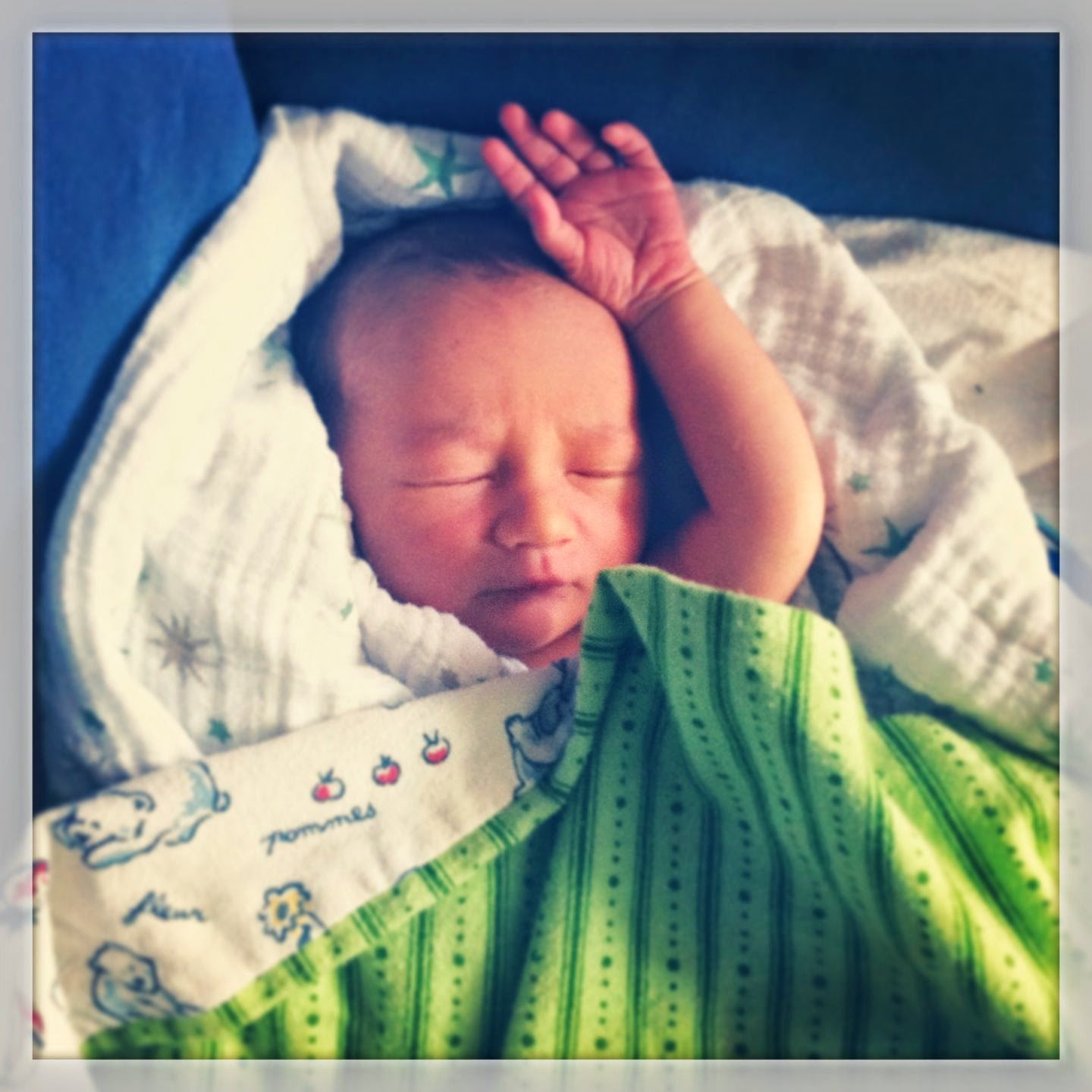 Here's our wee girl's birth story if you're into that sorta thing.

At about 12:30 am, a gush of water woke me from a deep sleep.  At first I thought I wet the bed and then I thought, crap, I wish I had put the plastic sheets on the bed and then it hit me that I was in fact going in to labor early!  Now I was pregnant for an eternity with Theo; real time 41 weeks and 3 days so to be going in to labor roughly a week and half before my due date was pretty much the best thing ever.  Simon was out at a music thing so a phone call later, he was on route, while waiting for him to get home I wandered from room to room, I was calm and excited.  I also called Laura and gave her a heads up, not much was happening as the contractions were mild so I told her I'd check in in a bit and we both decided to head back to bed and to get as much sleep as possible.

At about 2:30 am, the contractions were getting more and more intense and I was having a hard time sleeping through them.  I woke Simon up and we decided to call the midwife (anyone seen that show??)and my sister.  At this time I decided to take a bath thinking that the warm water might move things along, the contractions were manageable but slightly painful.  While in the bath, my midwife Corinne and her student Sarah arrived as well as Laura,  I was checked and was only 2-3 cm which was discouraging because I had woken up three very sleepy women to drive across Toronto at 2 in the morning for early labor.  But lucky for me, my birth team was a solid one; we had tea, they rubbed my back and gave me words of reassurance.  Corinne suggested I go back to bed for a bit and the four of us camped out my room; Laura and I sleeping side by side and the midwives at the foot of the bed couting my contractions as I slept.  It was then that the labor tapered off, contractions went from being every 3 minutes to every 7.  At 7 am, Corinne and Sarah decided to go for breakfast and to check on another patient.  Laura ran me a bath and brought me tea while I laboured in the tub listening to Theo watching cartoons, the contractions becoming more and more intense.

I remember being very concerned about Theo at this point, though he was oblivious to what was going on, I knew I didn't want him to stay while I laboured.  Simon called his sister Meg and asked her to come and get the little gaffer, while out I asked him to pick up some ginger-ale because an ice cold gingie was something I couldn't stop thinking about.  Just as Simon left, the contractions were getting intense, Laura was pushing hard on my lower back which relieved some of the pain and I found the only position bearable was on all fours; which is what got me into this predicament in the first place.

Around 9:15 am, the midwives arrived and I was checked again, they told me I was about 5 cm which was soul crushing because I was so tired and in so much pain.  Almost immediately after being checked I had two really good mind blowingly painful contractions,  that I think I'll remember till I'm 85, to which I heard Laura say; "Amy, the head!! the head is out! Keep going!..." what's next is a blur but then little Frankie was put on my chest, screaming like hell.

About 10 minutes later, after the placenta had been birthed and Frances was chattering away to us about her journey, Simon ran in thinking we were watching a movie with a baby in it, he was blown away to realize she was here.  Laura told him it was a girl and the look on his face is one that i'll remember forever.

So there it is, that's the story of how little Frankie Pearl came along.  To say she's great, is an understatement.  She has brought all this amazing craziness to our life in the best and most wonderful way.

Thanks for reading.
x
Posted by Harvest Kitchen Sisters at 4:08 PM 5 comments: 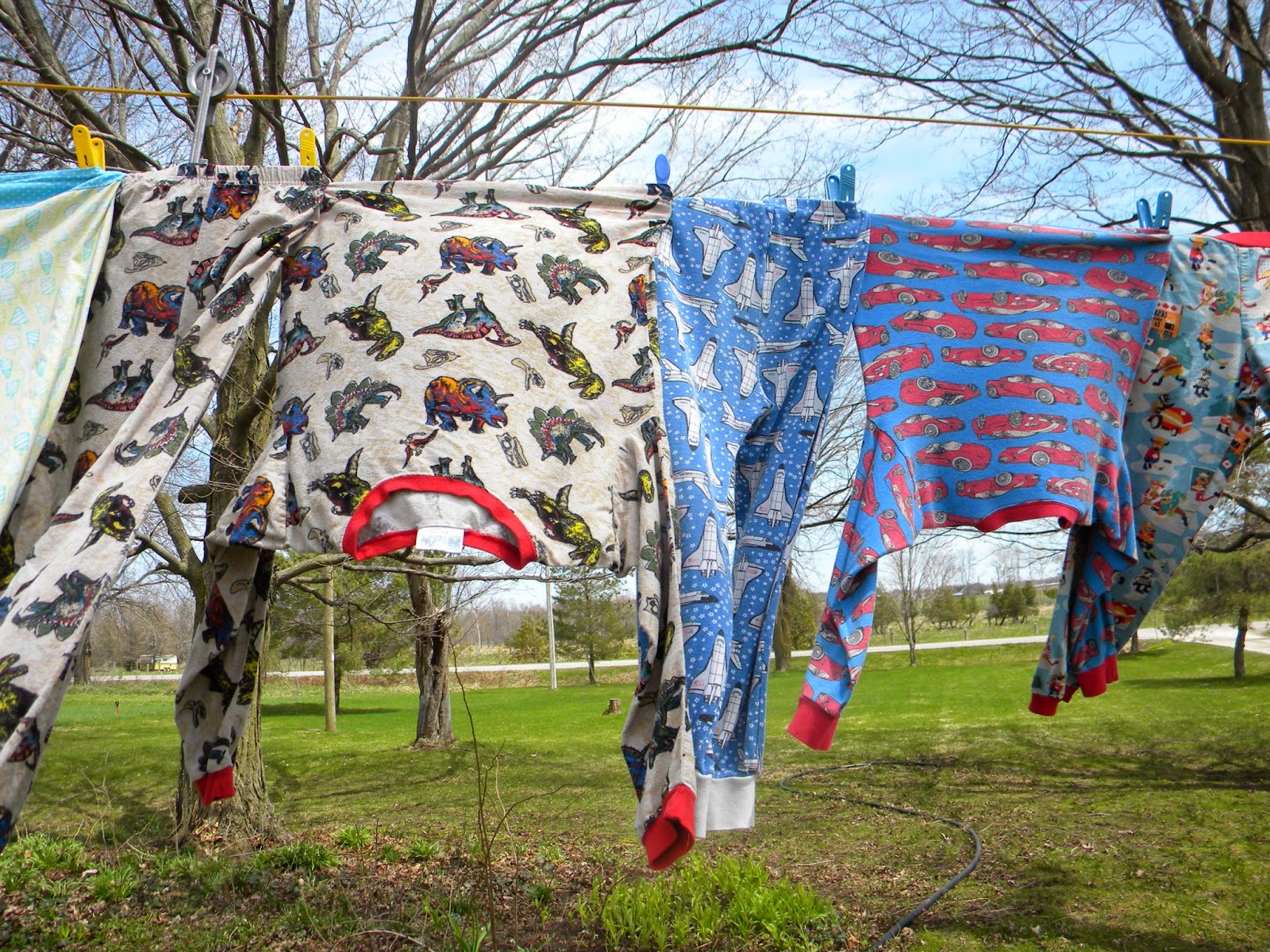 So we have been lost in space for a while, but there are many exciting happenings around here. Amelia is moving on home to the farm (at least for the summer while Simon is touring with the Strumbellas).This old farm house will be rocking with a big brood of kids! Speaking of kids,we welcomed baby Frances Pearl in March- another girl to the mix! So we will be posting more often with our new adventures on the farm and Amelia's adventures touring with the band across Canada in mid summer with a toddler and a new lil' one. I of course,will be here on the farm plugging away and periodically updating our life here. Stay tuned...
Posted by Harvest Kitchen Sisters at 11:18 AM 1 comment:

Email ThisBlogThis!Share to TwitterShare to FacebookShare to Pinterest
Labels: farm life, from the country, from the harvest kitchen sisters, the strumbellas

Some tips on how to cook your holiday heritage turkey.

Posted by Harvest Kitchen Sisters at 8:59 AM No comments:

Harvest Kitchen Sisters
Follow us on our adventures of living, eating and growing in the City and in the Country. 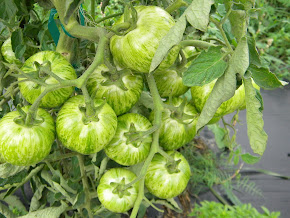 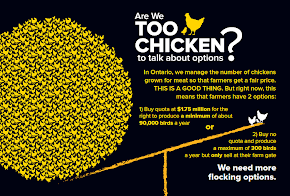 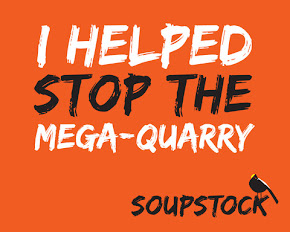 Come Recipe Swap with Us!

What we write about

An article from the Toronto Star Newspaper 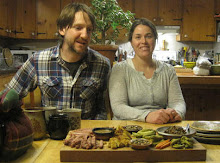 Our Blog is Carbon Neutral!

a tree is planted to neutralise the carbon dioxide emmissions of our blog...